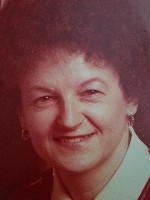 Mrs. Deppe worked for Kroger Grocers for 40 years and then as a bank teller for the Magna Bank firm before her retirement.

She was preceded in death by her parents, George Sr. and Vera, nee Wagner, Muren; and three brothers, George Muren Jr., Kenneth Muren, and Bill Muren.