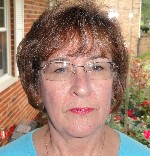 She was preceded in death by her parents, Robert J. and Lorraine, nee Alsager, Ferguson.

Memorials may be made to the American Cancer Society, or to Family Hospice.  Condolences may be expressed online at www.rennerfh.com.

Rich,
I am so sorry to hear about Cindy. 44 years of marriage proves how devoted you were to each other. Our thoughts are with you and Robert at this most difficult time. If you need anything or just want to talk give me a call at 588-7776.
John and Joyce Marshall

Rich, please accept our deepest sympathies on Cindy passing. We have fun memories of hockey games and Dave and Buster’s. You and Robert are in our prayers.

Rich, So very sorry to hear about Cindy. I remember high highly and with how much love you always spoke if her. May God watch over you and Robert at this painful time.

So sorry to hear about Cindy, Rich. I know you have so many great memories to reflect upon and cherish. Keeping you and Robert in my thoughts and prayers.

Rich and Robert,
We are so saddened by the loss of Cindy. She was so much fun and we will always remember the great times we had together. She will be missed by so many. Always cherish the thought of how much she loved you both. If you ever need anything please know we are here for you,

Rich and Rob,
Cindy was such a great and loving person. I will miss our long talks. I have many happy memories that we shared in high school. She will be greatly missed. Take Care and God Bless.

Donna and I wish to express our deepest symphonies for your loss. We’ll always remember Cindy with a smile on her face and laughter in the air. She was great to be around. While we never got to see her in action as a mother, she of been great as evidenced by the many accomplishments of Robert. God bless and our prayers are with you.

You are in my thoughts and prayers.