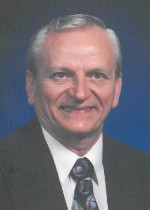 Mr. Determan was a United States Army veteran. He was a quality assurance supervisor at Wiegman Manufacturing Co. in Freeburg, IL, for over 30 years before his retirement. He was a member of St. Peter’s Cathedral Catholic Church, Belleville, IL, and a member of the men’s choir and past president of the Holy Name Society at the church. Mr. Determan was past president of the Cathedral Grade School Athletics and a member of the Belleville / Swansea Moose Lodge 1221.

Memorials may be made to St. Peter’s Cathedral Catholic Church or to VITAS Healthcare. Condolences may be expressed to the family online at www.rennerfh.com.