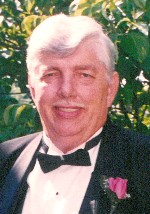 Mr. Wuebbels was the owner and operator of Cy Wuebbels and Sons Painting Company for 48 years.  He was an avid car show enthusiast and enjoyed riding motorcycles with his wife Judith. He was a U.S. Navy veteran.

Cyril was preceded in death by his wife of 57 years, Judith, nee Hutson, Wuebbels, whom he married on July 16, 1957, and who died on December 5, 2014; his parents, Edmund and Agnes, nee Rensing, Wuebbels; and a sister, Dorothy (Norbert) Buss.

Memorials may be made to the Belleville Area Humane Society or to the American Society for the Prevention of Cruelty to Animals (ASPCA).  Condolences may be expressed to the family online at www.rennerfh.com.