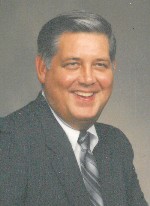 Lloyd graduated high school in Moline, IL.  He worked as a tool and die maker in Rock Island, IL, and later at Navistar, Inc, in Springfield, OH.  He retired from Navistar in 2004.  Lloyd was a United States Marine Corps veteran.

Mr. Burgner was a devoted family man. He loved working with his hands to build things. Lloyd also enjoyed watching his grandson, Daulton, play basketball. He was a member of Christ Church, Fairview Heights, IL.

He was preceded in death by his parents, Dana and Helen, nee Harris, Burgner; and a brother, Charles Burgner.

Memorials may be made to Breeze Hospice, 14 Park Place, Swansea, IL.  Condolences may be expressed to the family online at www.rennerfh.com.