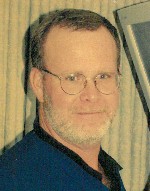 He retired in June 2019 from St. Mary’s Health Center, St. Louis, MO after 30 years working as an RN in the Intensive Care Unit and the Post-Anesthesia Care Unit. He graduated from Belleville East High School in 1974 and played football, baseball, and wrestling while in school. He then continued playing baseball at Belleville Area College and later spent his time as a head coach in the Southern Illinois Baseball League. He cherished spending time with his family and especially playing golf in father-and-son scrambles with his three sons.

Daniel was preceded in death by his father, William McCrary;

Memorials may be made in the form of charitable donations to the Huntington’s Disease Society of America, an organization that Dan supported. Condolences may be expressed to the family online at www.rennerfh.com.