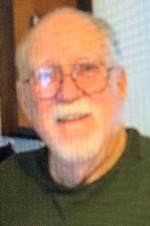 Danny retired from the USAF in 1993 after 30 years of service.  During his career with the USAF, Danny served in Kuwait during Desert Storm. Danny was the last Senior Listed Advisor for the 3rd Weather Wing stationed at Scott AFB in Belleville. After his retirement from the Air Force, Danny became the instructor of Auto Body Repair and professor of mathematics at Southwest Illinois College until 1998. Danny enjoyed camping, traveling, and motorcycle riding with his fellow service members.

Danny was preceded in death by his parents Roy and Mary Milner of Batavia, Illinois and one sister Pam Schevirean also of Batavia.

There will be no public funeral services.