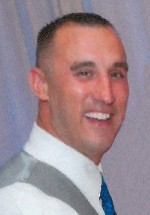 David was a security officer for Federal Protection Service/VT-SGI, St. Louis, MO.  He was a United States Marine Corps combat veteran who proudly served in the Battle of An Nasiriyah, and was part of Operation Iraqi Freedom and Operation Enduring Freedom. David was a squared away Marine who lived by the phrase “Semper Fi.”  He was a member of USGOA Local 20, St. Louis, MO, and the American Legion Millstadt Post 502.

He was preceded in death by his great-grandparents, Lyle and Neta Rapp; and a nephew, Andrew Meckfessel.

Memorials may be made to the family, in care of Kendra Kostelac.  Condolences may be expressed to the family online at www.rennerfh.com.