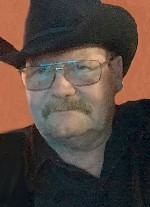 Dave was a past member of St. Peter’s Cathedral Catholic Church, Belleville, IL. He was a United States Air Force veteran who had served as a staff sergeant.

He was preceded in death by his wife, Lisa Levy; his parents, James A. and Rhoda A., nee Metcalf, Levy; and a brother-in-law, Kenneth “Butch” Hamann.