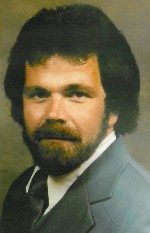 Print Obituary
David P. Lindblad, 65, of Freeburg, IL, born October 5, 1955, in Superior, WI, passed away peacefully Friday, June 18, 2021. He was married to beloved wife, Janet of 21 years, who joined him on the same day, after a courageous battle with cancer.

Mr. Lindblad retired from Granite City Steel in 2020, after holding several positions for over 22 years.  He had previously worked for Elite Tool and Manufacturing and in his early years worked at Peabody Coal mine.  He graduated from Freeburg Community High in 1973. Dave was a hardworking man who would do anything for his family and friends. He liked to fish, hunt, and work on projects around the house, including in his big yard. Dave enjoyed watching his son, Kendall, play football.

He was preceded in death by his beloved daughter, Stephany Renée Lindblad; his parents, Duane and Gertrude, nee Jones, Lindblad; and two brothers, Steven and Gene Lindblad.

He will be greatly missed by all, including friends.

A special thanks to Jacob Lane, Jennifer Gross, Annie Altenbaumer, and former wife, Denise Albert, and to the staff of HSHS Hospice Southern Illinois.

Memorials may be made to the Janet Lindblad Trust, for the benefit of Kendall Lindblad. Condolences may be expressed to the family online at www.rennerfh.com.

Visitation:  Friends may visit the family from 5 to 7 p.m. Tuesday, June 29, 2021, at George Renner & Sons Funeral Home, Freeburg, IL. Janet’s cremated remains will also be present for any friends who wish to pay their respects.

Funeral:  A private celebration of life will be held, with Lee Gross officiating.

A private family burial of David and Janet’s cremated remains will be held at Elmwood Cemetery, Freeburg, IL, at a later date.