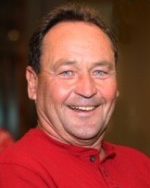 David was a 1958 graduate of Cathedral Grade School and a 1962 graduate of Cathedral High School, Belleville, IL.  He attended Belleville Area College from 1963-1964.  He earned his Bachelor of Science in Business Administration from Pepperdine University in 1967, before being drafted into the U.S. Army.  He was part of the 101st Airborne Division from 1968-1969 and was awarded the Bronze Star and Army Commendation Medal for combat in the Tet offensive.

He attended Coastal School of Deep Sea Diving for 6 months in 1969, and was hired by Taylor Diving and Salvage Company, where he worked from 1969-1981.  During those years, he dove in the Gulf of Mexico, Norwegian waters, Scottish waters, the Persian Gulf, Abu Dhabi, Dubai, Iran, Saudi Arabia, Singapore, and the Yucatan.  After his many years of diving, he worked in hotel restaurant management, and later as a truck driver for the Teamsters.

Dave was a dedicated uncle and playmate to his nieces and nephews from very early on in their lives.  His buoyant, kind, and contagious energy ensured that fun would be had whenever Uncle David was around. His wit and spirit are irreplaceable and will be sorely missed by family and many friends.

He was preceded in death by his parents, Arthur and Lois, nee Willard, Minor; a sister, Enid Klingele; and a brother, Jeffrey Minor.