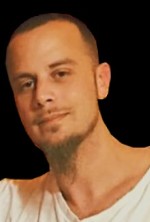 David was a young man who lived his life like there was no tomorrow and loved his family with all of his heart.  David was a loving son, who was best friends with his father, David Sr.  He was a big brother like no other to his brother Travis and sister Sammy – to them he was “D” and these three never doubted the bond and love between them.  David was a grandson, a nephew, a cousin and a friend to many.  David was taken from us too soon and he will be missed everyday by so many that knew and loved him.

David was preceded in death by his Uncle David E Schaub; his cousin and friend George G Schaub III; and his Great-Grandparents, Gil and Florence Schaub.