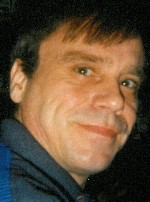 Print Obituary
David E. Schaub, 66, of Bethalto, IL, passed away peacefully at his residence on the evening of Friday October 28, 2016.

David was born on February 1, 1950, in East St. Louis, IL. He served as a firefighter for the Villa Hills Fire Department for 20 years as he pursued a career as a grocer.  He was a store manager for Shop N Save, IL until he retired.  During his retirement he continued to dedicate himself to his community by serving as the President of the Little Cowboys Football and Cheerleading club, raising enlistment to record numbers.  He was a member of various clubs and organizations including the National Rifle Association and closely followed politics, faithfully supporting the GOP.  He was also an ordained minister.  He gracefully handled these associations and activities while still playing an active and intimate role in the lives of many family members and close friends.

He was preceded in death by his parents, Gilmore G. and Florence S., nee Dycus, Schaub, and a brother, Louis Schaub.

David had a commanding personality and a witty sense of humor which helped him make a lasting impact on all the lives he touched. He shaped the lives of his family and friends acting as a role model as well as counseling loved ones through life changing moments and milestones. David taught his loved ones honorable values that will live on in his family for generations to come. He will be dearly missed and fondly remembered as a loving father, affectionate brother and uncle, doting grandfather, and close friend.

Memorials may be made to the St. Anthony’s Hospice SVC.  Condolences may be expressed to the family online at www.rennerfh.com.

Prayers for the family. You will be missed!
Cindy,Gerry,James,Ashley and Lil Ger
I will always remember “The Pretzel”

I grew up as David’s neighbor. He was a character, always into something, I remember his family and especially loved his Mom, Florence. I remember him getting married to Judy and he loved his little girls Kim and Sandy. I had lost touch with him since those days but have lots of fond memories. I knew from his brother , George that he was ill so I am glad he is no longer in pain. God bless his family with peace. He will always have a special place in my heart.