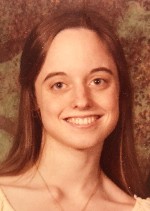 Dawn grew up in Belleville, attending Signal Hill Grade School and Belleville West High School.  Since 1975 she considered Smithton to be her Hometown.

She devoted herself to raising her two sons, and she became very active in their early and ongoing education, serving as room mother for years at the grade school.  After being elected to serve on the Smithton District 130 Board of Education, she worked to improve education for the entire Smithton community, and she contributed significantly to the negotiations of the initial collective bargaining agreement and subsequent contract renewal for the local educators that recognized the teachers’ union.

After several years spent working part time at Weber’s Service, Dawn was employed by the Touring Cyclist, eventually working as the manager of the Fairview Heights store.  While managing the bike shop, Dawn organized and directed the Annual Fairview Heights Biathlon for ten years.

Health and fitness were always important to Dawn, and she regularly rode her bicycle hundreds of miles each week on the roads around Smithton as her favorite training exercise.  She participated in biathlons for years, often placing quite high in the results of the cycling portion.  She chose to become a vegetarian early in life, remaining “meat free since ‘83”.

After 19 years at the bike shop, Dawn sought employment closer to home.  She worked for nine years at the challenging job that she most loved as the church secretary for St. John the Baptist Catholic Parish in Smithton, until serious health issues forced her into retirement.

Surviving her are her husband William F. Weber, whom she married on June 28, 1975; a son, Jacob (Stephanie) Weber; two granddaughters, Sofia Weber and Eva Weber; a brother, Lee (Carmi) Adkins; and many nieces and nephews.

In lieu of flowers, memorials may be made to St. John the Baptist Catholic Church, Smithton, IL. Condolences may be expressed to the family online at www.rennerfh.com.

In keeping with Dawn’s wishes, a simple graveside service will be held at 10:00 a.m. Friday, January 28, 2022, at St. John the Baptist Catholic Cemetery, Smithton, IL, with Fr. Stanley Konieczny officiating.