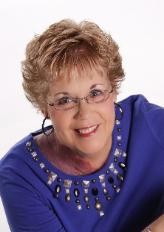 Debbie was a 1969 graduate of BTHS West, a 1971 graduate of Jewish Hospital School of Nursing, and a nurse for 22 years. She worked as head nurse at Burbank Hospital in California. She studied creative non-fiction writing in California, and in her later years she became an author, publishing her memoir “Living in My Skin, Even if it’s Purple” in 2011. Debbie was a member of the St. Louis Guild Writers Association where she was recognized as a Member of Distinction. She was a regular contributing writer for Heartland Boating Magazine and an English tutor. She hosted a bible study group at her home and was a member of W.I.S.H (Women In Service for Him). Debbie was a member of the Kaskaskia Mariners and a swimming instructor for years, having taught hundreds of children to swim. She loved music and played the guitar.

She was preceded in death by her daughter, Christie Michelle Fox; her father, Donald H. Veile; and her grandparents, George and Luetta Petri, and Elenore Veile.

In lieu of flowers, memorials may be made to Make a Wish Foundation. Condolences may be expressed to the family online at www.rennerfh.com.