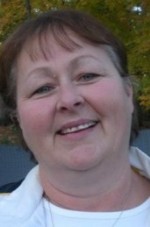 Mrs. Pfannebecker was a homemaker and a member of St. Agatha Church, New Athens, IL.

She was preceded in death by her husband of 40 years, Blake N. Pfannebecker, whom she married on August 25, 1972, and who died on November 3, 2012; her parents, Robert L. and Dorothy M., nee Hill, Hamilton; two brothers, Robert Jr. and Ronnie Hamilton; and her mother-in-law, Melba B. Pfannebecker;

Burial will be at Smithton City Cemetery, Smithton, IL

It is with my deepest regrets that I send my condolences and love to Keith, Keri, and Jeremy, on the passing of their mother, and to Everett, Connie, Charlie, Sharon, Randy, Gary, Denise, Janice, Neil, Mark, Tracy, Donnie, Brad, Kelly, and Bobby on the loss of their dear sister, and my great, great friend, Debbie. And to Gordie, a great friend to Debbie and Blake for so many years. There is a hole in my heart, that Debbie, who was like a sister to me once filled with her laughter and deep friendship. So many great memories since we first met back in 1967. The formative years of my life included her, and I am so grateful for that. My world is much richer for having known Debbie. She was a rock, for so many. She had an infectious laugh. She welcomed anyone she met into her world. Her love of life made being around her such a joy. Her faith comforts me, because I know we will meet again, for eternity. I remember the many phone calls where we just laughed at life not matter what was going on (either good or bad). When I told her that I had started an exercise program (for my health), she told me she did too. Debbie along with Connie and Sharon would regularly go work out. Then they would stop by Ronnies to have some pie or cake or something great he had made for them. Well, so much for their hard work and commitment! She loved everyone she met, and showed so much kindness. There was love in her heart and many hugs to go around to anyone who wanted or needed one. I will miss Debbie. I know I “will” see her again. This world is a lot better off, because Debbie was a part of it. May God Bless her family and be with all of you during this time I grief. My thoughts and prayers go out to you all. Love Bob & Song Frazier