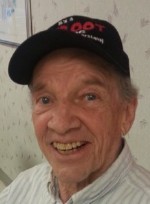 Dennis went to school in St. Louis, graduating from Beaumont High School, where he was a member of the Men of Beaumont Alumni.  He joined the army after graduation and served his country in radio communications.  Mr. Stroot got his HAM and FCC radio license, loving to talk to people all over the world.  He continued working as a radio technician instructor through civil service at Fort Gordon, GA, as well as Scott Air Force Base, IL.  He worked as a calibrations technician for the Nike Missile Sites at Redstone Arsenal in Huntsville, AL, and the St. Louis area. Later, Mr. Stroot went to work for the FAA out of Lambert International Airport, St, Louis, MO, as a radar technician.  Dennis was a longtime member of both St. Luke and St. Teresa Catholic Church, Belleville, IL and was most recently a member of Corpus Christi Catholic Church, Shiloh, IL.  He was a member of the Cessna Pilot Association, the Scott Air Force Base Aero Club, the Flying Dutchman, and the Knights of Columbus.  Dennis was a commercial/instrument licensed pilot.  He loved to fly his airplane and work on cars.

Memorials may be made to the American Heart Association, to the Alzheimer’s Association, to the St. Vincent DePaul Society, or to the Lymphoma Research Foundation, or the charity of the donor’s choice. Condolences may be expressed to the family online at www.rennerfh.com.