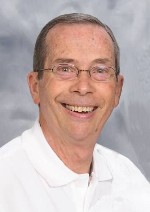 Mr. Sutherland was a retired SMSgt., United States Air Force Reserves 932nd Airlift Wing. Previously he served in the United States Army’s 172nd Infantry Brigade Mechanized as a paratrooper. He was a founding member of the Smithton Jaycees, past member of the Catholic War Vets, and had served his community as a volunteer Smithton police officer. He enjoyed fishing, hunting and camping. Most of all, he adored his family and playing with his grandchildren.

He was preceded in death by his parents, Kenneth and Ruth, nee Easton, Sutherland; his grandparents who raised him, Charles and Bernice Sutherland; a granddaughter, Breanna Nicole Sutherland; and a brother-in-law, Thomas Wilkens.

Surviving are his wife of 50 years, Nancy, nee Wilkens, Sutherland, whom he married on June 11, 1971;
a son, Mark (Sara) Sutherland of Smithton, IL;
two grandchildren, Nicholas Charles Sutherland, and Lauren Elizabeth Sutherland;
a sister-in-law, Glenda Wilkens;
and many nieces, nephews, and friends.

Visitation:  Friends may visit from 4 to 8 p.m. Tuesday, October 5, 2021, and from 9 to 10 a.m. Wednesday, October 6, 2021, at George Renner & Sons Funeral Home, Smithton, IL. Standard CDC guidelines will be followed, including masks and social distancing.

Burial with military honors will be at St. John the Baptist Catholic Cemetery, Smithton, IL.