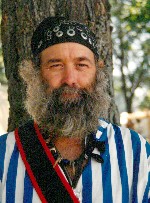 Dewane was an avid buckskinner and a devoted family man.

He was preceded in death by his wife of 54 years, Janice, nee Garland, Harper, whom he married on April 27, 1963, and who died on September 13, 2017; his parents, Calvin and Minnie Pearl, nee Williams, Harper; two sisters, Bell Hosey and Polly Williams; and a brother, Ronald Dean Harper, in infancy.