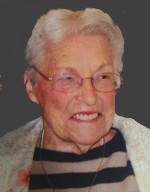 The Hubert family would like to extend a special thank you to the staff at Primrose Retirement, Decatur, IL, for their loving care and concern for Dolores.

Memorials may be made to the Shriner’s Hospital for Children or to the American Cancer Society.  Condolences may be expressed to the family online at www.rennerfh.com.

Burial will be in Valhalla Gardens of Memory, Belleville, IL.

My sympathy to the family.

I am so sorry to lose my Aunt Dodo but she lived life to the fullest every day. My deepest sympathies to my cousin Chuck.

The thing I will remember most of My Aunt and Godmother is her enthusiastic greetings. She always felt like my biggest fan when ever we spoke and was endlessly interested in what I was doing. I’m pretty sure she was just wonderfully like that with everyone in her life. I’m sending all my love to Chuck and her whole family during this time.

“Dodo” was a great friend of my mother, Ruth Ann Erdmann. They were in a bridge club together. Cliff was a great friend of my father, “Bud” Erdmann, through the Elks, as were Charlie and Margie Griesmeyer. All of them were good friends of mine, too, as was Jim, who was in my mother’s sixth grade class at Union School. I remember Jo Ann and Johnny Griesmeyer very well, too. Wonderful people. Margie taught me how to swim at the Belleville swimming pool. I had Dodo on my father’s Christmas card list until Dad died in 2011. I knew that Dodo had moved to Decatur to be closer to Chuck, but had lost contact with her. I have terrific memories of all the Huberts and the Griesmeyers. All of you have my most sincere sympathy.