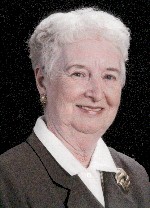 Mrs. Kemp was a clerical supervisor for the Department of Public Aid for more than 39 years.

Memorials may be made to the Alzheimer’s Association in honor of Dolores’s late husband.  Condolences may be expressed to the family online at www.rennerfh.com.