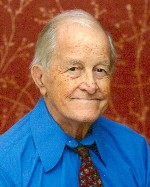 Mr. Galati worked at Stag Brewery before his retirement. He was a member of Our Lady Queen of Peace Catholic Church, Belleville, IL. He was an avid golfer and bowler.

He was preceded in death by his wife of 64 years, Colleen J. Galati, nee Stoll, whom he married on July 31, 1948, and who died on October 14, 2012;
his parents, Vito and Pitlia “Helen”, nee Mangiapane, Galati; three brothers, Samuel, Vito and James Galati; and three sisters, Frances Polich, Pauline Rice, and Josephine Barttelbort.