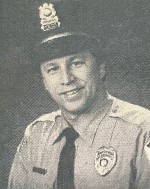 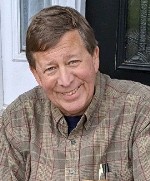 Don was a faithful servant to his family and his community for many years, including his service as a Shriner, Leader with the Boy Scouts, the Catholic Diocese of Belleville, Major Case Squad, Retired Police Officer (of 34 years), HOA President of their neighborhood, oldest child of six siblings, among others he never bragged about.

Don enjoyed his grandchildren and children above all, but he also enjoyed hunting as often as he could get away. While at home, he was hardly idle, as Kay kept him busy, and he was always willing to lend a hand or a tool to someone in need. Don was well loved by all who knew him, and he will be greatly missed.

He was preceded in death by his father, Robert G. Sax; and his in-laws, Jack and Betty Eise.

Don, being the no-frills guy he was, would much rather have seen money be sent to The BackStoppers or to Shriner’s Hospital for Children than flowers “that will die tomorrow anyway.” Condolences may be expressed to the family online at www.rennerfh.com.