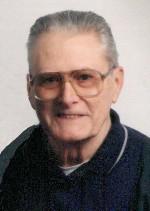 Mr. Boul was a U.S. Navy veteran and a U.S. Air Force veteran, working as a communications technician for both branches of service, and worked as a civil service employee before his retirement. He also was a self-taught television repairman. Don enjoyed sports, especially bowling and fishing.

He was preceded in death by his parents, Russell A. and Agnes M., nee Schmitz, Boul.

Memorials may be made to HSHS Hospice. Condolences may be expressed to the family online at www.rennerfh.com.

So very sorry for your loss