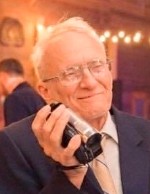 Mr. Buechler worked as a mechanic at Bi-State Metro for many years before his retirement.  He was a member of the Amalgamated Transit Union Local #788, St. Louis, MO.  After his retirement, he worked part-time at South Central Transit.  He was a U. S. Navy veteran.

Donald was preceded in death by his parents, Harold and Dolores, nee Hilpert, Buechler.

Memorials may be made to St. Teresa Catholic Church, Belleville, IL.  Condolences may be expressed to the family online at www.rennerfh.com.

Visitation:  Friends may visit from 4 to 7 p.m. Monday, August 10, 2020, at George Renner & Sons Funeral Home, Belleville, IL. Standard CDC guidelines, including masks, will be in place upon entrance.