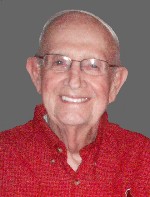 A 1949 graduate of Cathedral High School in Belleville, Donald was the first recipient of the Crusader of the Year Award.  After serving his country in the U.S. Air Force during the Korean War, he owned and operated Don Daenzer Building, Inc., Belleville, IL, for more than 30 years. He was a member of the carpenters union.   Don was also the housing inspector for the City of Belleville for many years and served as a city alderman.  He was a member St. James Catholic Church, Millstadt, IL, and a lifetime member of Belleville-Swansea Moose Lodge 1221.

Don was preceded in death by his parents, Walter and Elizabeth, nee Mueller, Daenzer.

Memorials may be made to St. James Catholic Church or to the Alzheimer’s Association.  Condolences may be expressed to the family online at www.rennerfh.com.