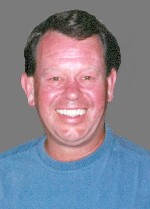 Demo started his business in the basement of a liquor store on 17th Street as Demo’s Pizza Cellar. He then moved to North Belt West and opened Demo’s Sports Bar.  He was a member of Our Lady Queen of Peace Catholic Church, Belleville, IL. Demo enjoyed golfing, fishing, coaching softball and basketball, and never missed his grandsons’ baseball games. He had a green thumb and loved tending to his yard. Demo was a very generous and giving individual who was always ready to lend a hand to his friends and the community.

He was preceded in death by his parents, Donald Sr. and Suzanne, nee Gerold, DeMarse; a brother, Chuck DeMarse; and a nephew, Tim Frazier.

The family would like to give special thanks to the fourth floor at Memorial Hospital East and to BJC Hospice for their loving care and concern for Demo and his family.

Memorials may be made to the Althoff Catholic High School Football Program. Condolences may be expressed to the family online at www.rennerfh.com.

According to Demo’s wishes, cremation will follow the services.

Burial will be at Mount Carmel Catholic Cemetery, Belleville, IL, at a later date.