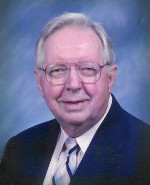 Donald attended school in Lincoln, NE, and graduated from Lincoln High School in 1945. He was sworn into the Army of the United States on July 26, 1945, and completed basic training at Camp Robinson, AR, just outside of Little Rock. He attended Officer Candidate School at Fort Benning, GA, and was commissioned a 2nd Lieutenant on May 29, 1946.

After serving as a training officer for three months at Fort McClellan, AL, he was sent to Camp Kilmer, NJ, and temporarily assigned to the Philippine-Ryuku Command, and was transported by ship to Yokohama, Japan, for final assignment.

He was flown from Tokyo to Manila in the Philippines where he was assigned to the 12th (Philippine Scout) Division which was undergoing training at that time at Camp O’Donnell, about 60 miles north of Manila. His ultimate assignment was as company commander of K Company, 3rd battalion, 57th Infantry Regiment. The 12th division was training to enforce the Philippine Constabulary which was at that time occupied in fighting the Hukbalahaps, a rebel force of Communist-inspired Filipino insurgents fighting the government.

He and his wife moved to the Belleville area in 1994 to be near their son and grandchildren.

Donald was an avid golfer and often had his wife as partner during his efforts on the various courses in the Belleville area. He was a member of the Fairview Heights Rotary Club for several years but had to resign because of health conditions.

He was active in various activities at St. George’s Episcopal Church in Belleville until his health declined. In York, he was a member of the Benevolent and Protective Order of Elks, as well as the Masonic Lodge. He was a past president of the York Chamber of Commerce, a past member of the City Council of York, past president of the Sertoma Club of York, past Exalted Ruler of the Elks lodge in York, and past commander of the American Legion Post 19 in York.

In his ninth decade of life, Don received two special honors. In October of 2017, he flew to Washington, DC with the Greater St. Louis Honor Flight to see our nations war memorials. During this trip he was escorted by his son, Dan. Later that same month, he traveled to Washington D.C. again where he received the Congressional Gold Medal at the U.S. Capitol for his service as a Filipino Scout in WWII.

Memorials may be made to St. George’s Episcopal Church, Belleville, IL. Condolences may be expressed to the family online at www.rennerfh.com.

Cremation services will follow with interment of cremains at St. Matthew’s Church Columbarium at a later date..