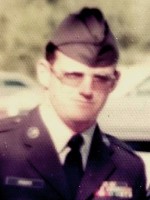 Print Obituary
It is with great sadness that the family of Donald “Jim” O’Keefe announce his passing on September 30, 2020. Jim passed away in his sleep at the age of 70 due to complications with cancer.

Jim was born on September 28, 1950, in Milwaukee, WI, to Andrew and Genevieve O’Keefe. He graduated from Menomonee Falls High School in Menomonee Falls, WI, in 1968. He had a distinguished career and retired from the United States Air Force after 25 years, and proudly served our country in the Vietnam Conflict and Desert Storm. He followed up his retirement with a second career as a civil servant for the United States Armed Services, working as a contractor, air traffic controller, and finally as a manager of the commissary. He finally retired for the second time in 2012 and enjoyed his retirement, traveling with Dang in their RV and visiting their children and grandchildren. Jim was a kind, generous, and loyal husband, dad, grandpa, son, brother, uncle, and friend, whose memory will be cherished.

He was recently preceded in death by his wife of 47 years, Parpasri “Dang” O’Keefe. As in life and now death, they are forever together.

He will be lovingly remembered by his three children, Judy Pattumma, Denise (Karl) O’Keefe, and Renex (Kate) O’Keefe; his seven grandchildren; and two great-grandchildren.