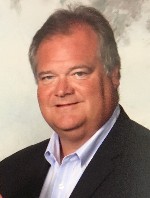 Don was a beloved husband, brother, father, and “Pop Pop”. He was a friend to anyone and everyone he met. Don’s “Bad Habit” was boating and lake life. To Don there was nothing sweeter than a warm summer day spent with his family and friends hanging out on the boat and floating in “Dave’s Cove” at Lake of the Ozarks. Don’s winter weekends were spent working on projects with his boys and family dinners every Sunday night.  On those Sunday nights you would often find Don with his littlest grandchild on his chest as he rocked him to sleep while everyone else enjoyed a quiet dinner. Don loved spending time with his family and his family will forever cherish those simple and precious moments.

He was preceded in death by his parents, Donald and Anna, nee Saul, Miller; his father-in-law Albert “Jack” Hoppenjans; a nephew, Nicholas Kadavi; and a brother-in-law, Gary Kadavi.

Memorials may be made to St Jude Children’s Research Hospital or SSM Health Cardinal Glennon Children’s Hospital. Condolences may be expressed to the family online at www.rennerfh.com.