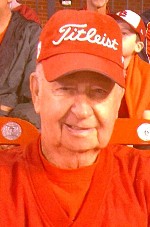 Mr. Schloemann was a manager at U.S. Auto Glass Company before his retirement.  He was an avid golfer. Donald was a supporter of the Belleville Junior Optimists Club.  He was a U.S. Navy Korean War veteran.

Memorials may be made to BJC Hospice.  Condolences may be expressed to the family online at www.rennerfh.com.