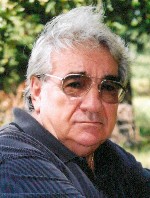 Donald owned and operated D&S Vending Company and D&S Auto Wash, both in Freeburg, IL.  Donald was a patriot at heart and a lifelong Republican.  He was an avid St. Louis Cardinals and St. Louis Rams fan.

He was preceded in death by his parents, Ralph and Beulah J., nee Quinn, Shain; two brothers, David Shain and D.C. Shain; and two sisters, Alice Sullivan and Georgia Woolsey.

Funeral:  Funeral procession will leave at 10:20 a.m. Thursday from the funeral home for a 10:30 a.m. graveside service at Elmwood Cemetery, Freeburg, IL.

Our thoughts and prayers are with the family at this difficult time.Don was a great guy and we know he will by missed.

My thoughts and prayers for the family members at this sad time. Mr.Shain was a good man and a good friend. He will be missed

I’m so sorry to hear about Don, he was one of a kind and will be missed greatly by many. May God hold you all in his hands as you grieve and know he is at peace
Sincerely Fay