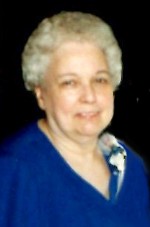 Mrs. Determan retired from Town & Country Food and Liquor where she worked as an assistant manager for many years.  She was an avid euchre, poker, and bingo player.  Doris loved to work in her garden and above all loved time spent with her family.

The family would like to extend a special thank you to the staff of Hospice of Southern Illinois for their care of Doris.

Funeral:  Private family services will be held. A celebration of life will be held at a later date.