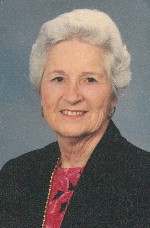 Mrs. Lanter was a former clerk for Fellner’s Department Store, Belleville, IL and a former member of St. Teresa Catholic Church, Belleville, IL.  She thoroughly enjoyed her card clubs, entertaining, and being with family and friends.

Memorials may be made to Clinton Manor Living Center or Hospice of Southern Illinois.  Condolences may be expressed to the family online at www.rennerfh.com.

We were saddened to here of the passing of your Mother and Grandmother.Please, accept our deepest sympathies.You are all in our thoughts and prayers.

Farewell to someone very dear to me.