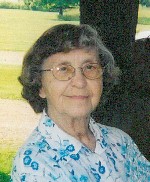 Mrs. Eckhoff was a secretary for the Federal Probation office in East St. Louis, IL, before her retirement.

She was preceded in death by her husband, John Henry Eckhoff; and her parents, Louis John and Delores Caroline, nee Harkey, Beteoche; a brother, Don Beteoche; and a sister, Rose Marie Norber.

The family would like to thank HSHS Hospice, and especially Nurse Angie and Nurse Michelle. They became family and we will never forget you, bet ya.

Memorials may be made to HSHS Hospice. Condolences may be expressed to the family online at www.rennerfh.com.

Burial will be at Wares Grove Cemetery, Butler, IL.