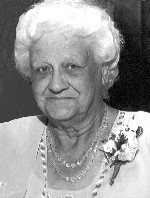 Mrs. Harris was a dedicated military wife who supported her husband and family in their travels throughout the world.

Dorothy was preceded in death by her husband, Ben A. Harris; her parents, John and Jesse, nee Kennedy, Bush; and her sister, Annette Seamark.

Visitation:  Friends may visit with the family from 9 to 11 a.m. Friday, February 3, 2017, at George Renner & Sons Funeral Home, Belleville, IL.

Keeping your family in my thoughts & prayers. Dorothy was a good friend, we enjoyed long talks; I will miss her. Stella Baldwin

Such a wonderful loving grandma. She adored her family and had a beautiful relationship with Alex! Visiting with her was always fun and I feel blessed to have known her. She will be greatly missed. Love you Alex, Shelley, Doug, Monty and Buddy.