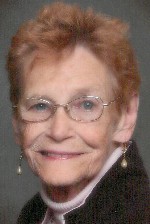 Mrs. Middendorf had worked as a cook and later worked at Wal-Mart in Sparta, IL.  She was a member of St. Agatha Catholic Church, New Athens, IL.  Dorothy was a devoted wife and a loving mother and grandmother.

Memorials may be made to St. Agatha Parish, New Athens, IL.  Condolences may be expressed to the family online at www.rennerfh.com.

Funeral: A Mass of Christian Burial will be held at 10 a.m. Wednesday, January 27, 2016, at the church with Father James Nall officiating.  Burial will follow at St. Agatha Cemetery, New Athens, IL.

My sympathies to the family. She was a sweet lady.