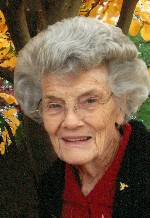 Mrs. Theiss was a graduate of The Academy of Notre Dame, Belleville, IL, and was formerly employed by St. Elizabeth’s Hospital and Aluminum Ore Company.  She was a member of St. Teresa Catholic Church, Belleville, IL.

Dorothy was preceded in death by her husband of 68 years, William F. “Bill” Theiss, whom she married on September 7, 1946, and who died on December 17, 2014; her parents, Raymond Francis and Louise Theresa, nee Siekmann, Brueggemann; a brother, Raymond F. Brueggemann Jr.; and a sister-in-law, Helen Marie Theiss Wissehr.

Memorials may be made to Hospice of Southern Illinois or to St. Teresa Catholic Grade School.  Condolences may be expressed to the family online at www.rennerfh.com.

My thoughts and prayers are with you at this difficult time.
Dorothy was a classmate of mine
at Notre Dame Academy Class of 42! and a treasured friend .

Theiss family, I am so sorry for the loss of this grand lady. Our prayers are with each of you.