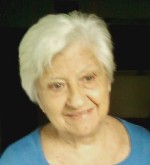 Mrs. Vollmer was a retired bookkeeper, having worked for both the Francis Becherer and the Voellinger, Moore & Renner CPA firms. Dorothy was a longtime member of St. Peter’s Cathedral, Belleville, IL. She was a member of the Daughters of Isabella and was an avid bowler and quilter.

She was preceded in death by her husband of 66 years, Clarence G. Vollmer, whom she married on May 15, 1945, at St. Peter’s Cathedral, and who died on April 2, 2012; her parents, Oswald and Edna, nee Hermanns, Gaa; a brother, Stanley (Marie) Gaa; and a sister, Verdell Grimmer.

Memorials may be made to St. Peter’s Cathedral, Belleville, IL. Condolences may be expressed to the family online at www.rennerfh.com.