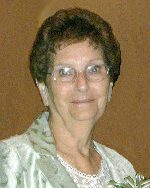 Dortha was a former member of Trinity United Church of Christ in Belleville for 20 years and served on the church council.  She worked as a customer service representative for J.C. Penny before her retirement. She was an avid Atlanta Braves baseball fan, enjoyed bingo, reading, and quilting, and especially loved spending time with her cherished grandchildren.

Mrs. Cocker was preceded in death by her first husband, Robert Haggard who died on December 11, 1972; her second husband, Charles Cocker who died on January 28, 1994; a daughter, Deborah Brandmeyer; her parents, Lyle and Pauline, nee Neal, Ferrell; a brother, Rev. Harold Ferrell; a sister, Frances Wilson; and a stepson, Michael Cocker.

Memorials may be made to Trinity Unity Church of Christ, to the Leukemia Society, or to the American Heart Association.  Condolences may be expressed to the family online at www.rennerfh.com.

Burial will be at Shiloh Valley Township Cemetery, Shiloh, IL.