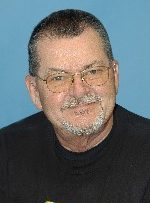 Print Obituary
Douglas M. Eskra, 78, of Smithton, IL, passed away peacefully in his sleep on Monday, June 7, 2021, at his residence in Smithton, IL.

Doug was born September 6, 1942, at Parklane Hospital in St. Louis, MO, the elder son of late Emil and Ludena Reames Eskra.  On April 16, 1965, he married the love of his life, Darlene Weaver Eskra, who remained his love and companion until the end.

Doug came from a military family and had traveled frequently overseas to Europe and the Philippines.    Doug started his high school career at O’Fallon Township High but graduated from Central High School in London, England in 1960.  After the family returned from England, he attended Belleville Area College (SWIC) receiving an AA degree in 1962.  He attended SIU Alton receiving a BS in Art Education in 1964 and then completed his collegiate career attaining a Master of Secondary Education and Master of Fine Art from SIU Edwardsville in 1967.

Doug began his career as an educator in 1964 at Pontiac-William Holiday Schools in Fairview Heights.  Once completing his higher education in 1967, he began teaching full-time at Belleville West High School and part-time at SWIC.  Doug retired from Belleville West after 29 years in 1996.  In 1999 he started teaching full-time at SWIC with his final retirement in 2016 to enjoy life fishing, playing billiards, and going on RV trips with his wife, Darlene.

He is survived by his loving wife of 56 years, Darlene Weaver Eskra; a daughter, Kellie Eskra Hawkins; a son, Scott and his wife, Sengul Eskra; granddaughter, Erin Treff and her husband, Chris; grandson, Devin Eskra, his son, Sterling, and his, fiancé, Danielle Wannemacher; brother, Victor and his wife, Vicki Eskra; nephew, Tod Eskra and his wife, Laura, and their two sons, Jase and Cade; and nephew, Ean Eskra, his wife Ana, and their daughter, Emilija Eskra.

In lieu of flowers, the family requests donations be made to a scholarship and award fund in Doug’s name to support the work of young artists, just as he did in his life.  You can donate to this link:  https://www.paypal.com/donate?hosted_button_id=TNUVDSBM7TZPN . Condolences may be expressed to the family online at www.rennerfh.com.

Visitation:  A gathering of family and friends celebrating Doug’s life will be held from 4 to 8 p.m. Saturday, June 19, 2021, at George Renner & Sons Funeral Home, Belleville, IL