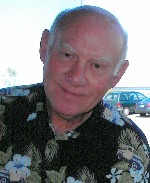 Mr. Luehder worked for Marsh Stencil, Lake View Memorial Gardens, AAA Insurance, and retired from Miller’s Mutual Insurance Company.  After retirement, he drove a school bus for First Student, where he was awarded Bus Driver of the Year for the entire State of Illinois.  Doug, along with his cousin Rick Luehder, started the “First Tuesday of the Month Card Club”.  He loved to play rummy and poker.  He was a loving husband, dad, and “Papa” who will be deeply missed.

Doug was preceded in death by his wife of 40 years, Bert M., nee Lewis, Luehder; a daughter, Cindy Luehder; and his parents, Herman and Katherine, nee Maxfield, Luehder.