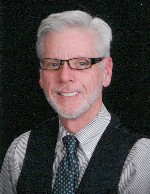 Ken graduated as valedictorian from Belleville West High School in 1974. He earned his bachelor’s and master’s degrees at Southern Illinois University Edwardsville, his Ph.D. at the University of Texas, and his M.D. at Southwestern Medical School.  Dr. Rybicki practiced medicine in the Greater St. Louis-Metro East area.

He was preceded in death by his parents, Jerome and Carolyn, nee Miller, Rybicki; his parents-in-law; his brother in law, Steve Van Dyke; and his nephew, Tyler Rybicki.

Ken was a passionate man who cared very deeply for his family, friends, colleagues, and patients.  He courageously fought and won his battle with pancreatic cancer in 2002 and will be remembered as a true survivor.

He dedicated the last thirteen years to living a meaningful life and he refused to waste a moment of it.  Ken was an avid runner who participated in numerous races, recently including the New York Marathon, fulfilling a goal he set while recovering from cancer.  He often ran to raise funds and awareness for pancreatic cancer.

Funeral:  Funeral services will be held at 11 a.m. Tuesday, June 23, 2015, at First United Presbyterian Church with Rev. Rob Dyer officiating.  Private family burial will be held at a later date.

Susy and kids, you know how much all of you mean to us. Not many families had what we had sharing good times on Memory Lane. Ken’s love always shined through when he spoke of you, Susy, and the kids were his treasures. Ken was a one in lifetime boss, he taught me so much during my working days with him. He was an inspiration to all who had any contact with him. He treated all people with so much respect and concern. He took such great care of his patients, our family included. Our world is a better place for the time he was here and he will never be forgotten by so many. It is an honor to have been his friend. Much love during your grieving process and keep sharing those great “Ken” stories going as I know his spirit is going to live on through all of you!

I will always have fond memories of Ken and our fun trip to Salt Lake City for volleyball. My deepest sympathy to your family.

The world lost an amazing human being this week. I felt my heart break into pieces when I heard about the sudden death of Dr. Kenneth J. Rybicki. If LOVE alone could have saved anyone, it would have been this man. He truly will be missed in a big way. He touched the lives of so many people that, while his soul may have departed, the memories that we all have of him will never fade.

Dr. Rybicki was an awesome human being who cared deeply about health and wellness. He was a pleasure to work with and I was always happy to be a part of his team. He will be missed tremendously, my thoughts and prayers are with his family, friends and colleagues.

Ken was a client, who became my personal Doctor, and eventually, my good friend. I am heartbroken. To say that he will be missed is an enormous understatement.

Susy, I am deeply saddened by Kenny’s untimely passing. I have such fond memories of our times together and I will always remember the added time he provided for our dad’s life and the wonderful medical care he provided for mom. Kenny will be missed by all who knew him. May God bless you and comfort you always.

Susy,Jenny,Mary,Tommy & Sara we spent great family moments with you all. You were a part of our family and always will be. We loved Ken and we pray for you to find peace in your hearts.

Prayers for the family. He was a man everyone could look up to. A great father, a great inspiration. He will be missed.

So sorry to hear of Dr. Rybicki’s passing. He was a great man and doctor. Our prayers are with all of you.

Kens passing is a great loss. I will miss his smile at golf league

Ken was a friend, a classmate, my doctor and one of the most caring people I have ever know. I will truly miss him. I will always remember the days we played in band together, and what a great musician he was as well as being a great student and a great person.
My best to all of his family.

You will be truly missed! We loved having you as our family doctor and friend.

I am going to miss the man who saved my life…. He was not only my Doctor he was my friend, a person I trusted and joked with, he helped me through so much and healed me and saved my life… He was my Dr for over 20 years… I put him through a lot… No matter what, he was there and always said I was his buddy… He was the ultimate one who connected me with the right people for my weight loss… Less than two weeks before he died I was in his office with him calling me skinny… We laughed and made a plan for what was going on with me now… I will be so lost with out him as my caregiver and friend… Dr Kenneth Rybicki you will be greatly missed by so many, my family and especially me!

Dr. Rybicki was such an compassionate, strong, and funny man. He took time to get to know his patients. I will never forget all the years of excellent care you’ve provided for my family. My Prayers to your wife,children, co workers and many friends.