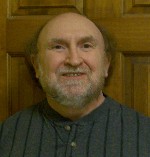 Conrad was as a pharmacist for Metro RPh.

He was preceded in death by his parents, Konrad and Theresa Jakobs; and a brother, John W. Jakobs.

Surviving are his wife, Janette M., nee Bender, Jakobs, whom he married on June 9, 1973;
a sister, Anna Rowden of Carlyle, IL;
and his two dear dogs, Gertie Growler and Wicked Good .

My deepest sympathy. I had the pleasure of knowing Conrad briefly from working at various BJC pharmacies. Always enjoyed talking to him. I was saddened and shocked to hear the news. Losing a loved one is never easy, but losing one in the blink of an eye is especially hard. Many prayers.