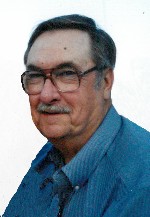 Ed was a resident of rural Millstadt where he personally built the family home 41 years ago.  He began his work life as a newsboy and had numerous stories about the antics and lessons learned in those days.  After high school, he was employed by Kroger’s on West Main Street, working everything from bagging, to restocking shelves, to produce manager.  During those years, he was also elected as President of the Retail Clerks Union Local 219.  Then a promotion to Head Clerk took him to the new Kroger store in Cahokia, IL, where he met his future wife, “Dee”.  In 1967 he accepted a job as manager of Sharon’s, an independent grocer in East St Louis, IL.  A year later he was manager of Wade Square Tom Boy in Belleville, IL.  In 1972 Ed left the grocery store and became a business agent for Local 219.  Serving through numerous mergers and name changes, he retired as an Executive Vice President and Business Manager of United Food and Commercial Workers Union Local 881, with members covering much of Southern Illinois.

Ed and Dee were able to retire the same day in 1996.  On that first Monday with no job, he quipped, “this is gonna be a looooong coffee break!”  In 20 years of joint retirement they enjoyed welcoming their only grandchild into the family (and babysitting every chance they got); some travel which included a Disneyworld trip dubbed “the best vacation ever” by their then 8 year old grandson; a little gardening, and a lot of time for another cup of coffee.

In lieu of flowers, donations may be made to the Labor & Industry Museum,
123 North Church St., Belleville, IL 62220.  Condolences may be expressed to the family online at www.rennerfh.com.

Visitation:  A memorial gathering will be held from 4 p.m. to 8 p.m. Wednesday,
July 27, 2016, at George Renner and Sons Funeral Home, Belleville, IL.

To Eddie Caumiant and the Caumiant family, I am deeply saddened to hear about by the passing of your father. My thoughts and prayers are with you.

Dear Eddie, Jen & Eddie,
We are sorry to hear of Ed’s passing. Losing a parent is hard, but especially at your age. We think they’ll be with us always and in a sense, they will be. Eddie, your Facebook tribute was quite moving. I’m sure your dad was extremely proud of you for the man you’ve become and the wonderful family you and Jen have created. You’ll be in our thoughts and prayers tonight. We wish we could be there in person. Please extend our sympathy to your mom.
Much Love,
Rusty & Sandy

Dear Cheryl and family,
So sorry for your loss. Thoughts and prayers to you. Wishing you peace.

My deepest condolences to the entire Caumiant family. Ed will be deeply missed. Labor has lost one of our true soldiers.