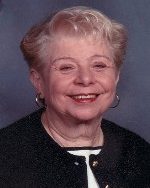 Edith and her younger sister, Ima Jean, were raised in Mascoutah, IL, where they were both very active in church youth activities and 4-H.  At the University of Illinois, Edith lived at 4-H House Cooperative and graduated with a Bachelor of Science degree in Home Economics Education.  In 1953 she was united in marriage with John L. Duewer in Bloomington, IL, with Rev. Francis New officiating.

For over 30 years she was a teacher and primarily taught Home Economics at West Junior High School in Belleville School District #118.  She was also a supervising teacher for student teachers.  Edith continued her education through graduate classes at SIU Edwardsville and SIU Carbondale.  In 1984 she received the St. Clair County Master Teacher Award from the Regional Superintendent of Schools on behalf of the governor and the Illinois State Board of Education.  This was the first year this honor was awarded.  She belonged to Turkey Hill Night University of Illinois Homemakers Extension Unit, Illinois Home Economics Association, and the American Home Economics Association.  As an active member of the University of Illinois Home Economics Alumni Association, she served as their 1986 – 1987 President.  Edith belonged to Delta Kappa Gamma and served her local chapter as President from 2004 – 2006.  She was an active member of St. Paul United Church of Christ, an enthusiastic Vacation Bible School teacher, an active member of Child Study Guild, a member of the Chancel Choir and served on the Church Council and on the Franklin Neighborhood Community Association Board (1992 – 2006).

Edith was a people person who enjoyed hosting gatherings with her family and friends.  She was all about celebrating holidays, especially Christmas!  Edith was always interested in children of all ages, flowers, gardening, traveling, music, entertaining and helping people of all ages create and experience a wide variety of culinary creations.  In retirement she became known as Edy, and in addition to many other activities, she enjoyed volunteering to weekly update and decorate her church’s main bulletin board using her creative talents.  While Edy battled dementia later in life, she always maintained a positive attitude.

She was preceded in death by her parents, husband, sister, a nephew, cousins, sisters-in-law and brothers-in-law.

Memorials may be made to the St. Paul Fine Arts Fund at St. Paul United Church of Christ.

Funeral:  A celebration of life service will be held at 11:00 a.m. Saturday, February 2, 2019, at St. Paul United Church of Christ, Belleville, IL.  A private burial will be held at Lake View Memorial Gardens at a later date.