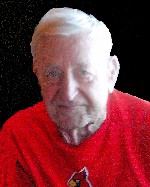 Mr. Matychowiak was an operating engineer for H.H. Hall Contractors and a member of the Operating Engineers Local 520, Granite City, IL.  He was a past member of both the St. Clair County Anglers Club and Belleville-Swansea Moose Lodge 1221.  Edmund was a World War II U.S. Navy veteran and a member of the Disabled American Veterans and the Smithton American Legion Post 937.

Memorials may be made to the Wounded Warrior Project.  Condolences may be expressed to the family online at www.rennerfh.com.

Funeral:  Funeral services will be held at 11:30 a.m. Saturday, December 12, 2015, at the funeral home with Msgr. William McGhee officiating.  Burial will follow at Valhalla Gardens of Memory, Belleville, IL.