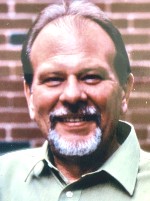 Print Obituary
Edward “Ed” Alberti, 62, of Edwardsville, IL, was born December 30, 1958, to Edward Alberti and Valeta Inman. Ed joined his parents in heaven on November 22, 2021, after a painful battle related to the side effects of his previous cancer and chemo radiation treatments.

Ed loved spending time with his family, and they spent much of that time talking over a hot meal. He loved that idea of togetherness and cooking so much, that he opened two restaurants, Mother’s, and Two Guys Cooking BBQ.

Ed enjoyed working with his hands and spent many years working for roofing supply company and retired from the business after his cancer diagnosis in 2019.

He was preceded in death by his father, Edward, and his mother, Valeta.

He will be greatly missed by all those who loved and cared for him.