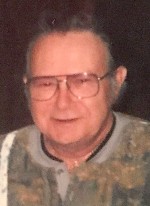 Prior to joining the military, he worked in the motion picture industry in California.

He served 24 years in the United States Air Force and was stationed at Air Force bases in California, Libya, Illinois, Missouri, Alaska, and New Mexico.

He was preceded in death by his wife of 52 years, Virginia R., nee Mueller, Hirshberg, whom he married on August 7, 1965, and who died on August 29, 2017; his parents, William and Gertrude, nee Schultz, Hirshberg; a sister, Marion Goldberg; and a son-in-law, Larry Mank.

Special thanks to the staff of Carlyle Healthcare Center for their remarkable care and concern shown to Edward taking on the role of his family during the last five months of his life spent there.

Much gratitude to the nurses from Hospice of Southern Illinois for the compassionate treatment and kindness provided to Edward.

In lieu of flowers, memorials may be made to Hospice of Southern Illinois or to the Belleville Area Humane Society.  Condolences may be expressed to the family online at www.rennerfh.com.

Visitation: Friends may visit with the family from 4 to 7 p.m. Friday, March 26, 2021, at George Renner & Sons Funeral Home, Belleville, IL. A small memorial service will follow. Standard CDC guidelines, including masks and social distancing will be observed.