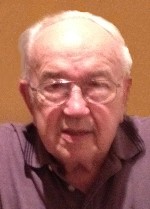 Memorials may be made to the Siteman Cancer Center at Barnes-Jewish Hospital in St. Louis, or to Corpus Christi Catholic Church.  Condolences may be expressed to the family online at www.rennerfh.com.

We are going to miss you, you were a very special friend.

My condolences to the family of Ed. You, Ed, & the entire Berkel family, living and deceased, and in my prayers.

On behalf of the Bravermans, we offer our deepest sympathy on Ed’s passing. Ed was a kind and gentle man. He went out of his way to be nice to everyone. We will always remember him. May you rest in peace.